Like the naked pairs, this method involves looking for pairs like [1,2][1,2], in cases where these pairs are hidden. Since they are hidden numbers, they are harder to find, but when you find them, [1,2] can be eliminated as candidates from other cells. 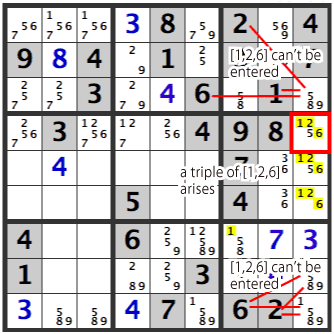 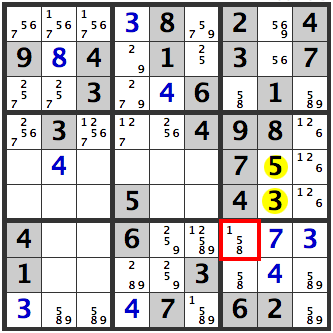 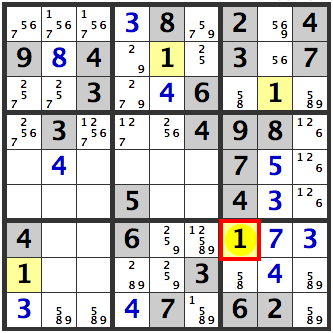 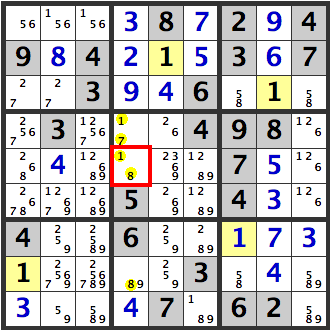 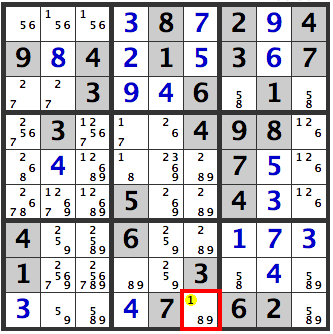 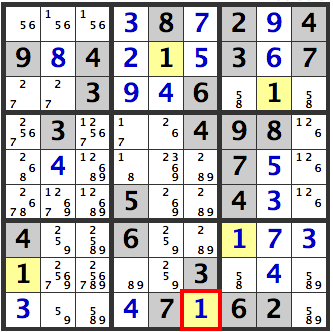 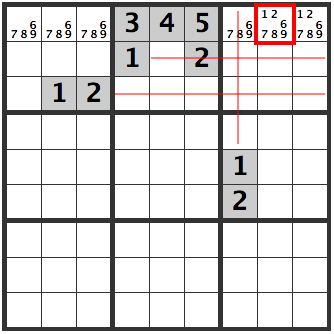 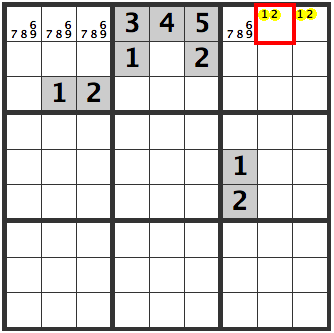 Quads are made up of four numbers in the same way, but we couldn’t find a specific example for this. It will appear as if there are many candidates, but if a number can’t be entered in any of the other cells, this technique will work.
It is a bit difficult, but it is an effective technique when you get stuck.