It often happens that the possibilities of boxes, rows and columns have been exhausted and eight cells are filled with two remaining (the technique also works with three remaining). Also, there are cases where the two remaining cells are next to each other either in a row or column. This technique can be applied in these cases. 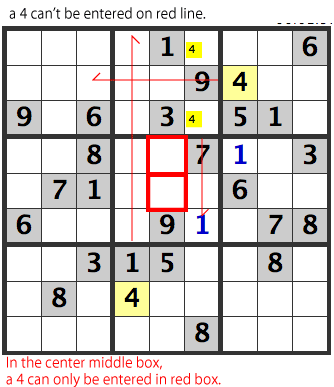 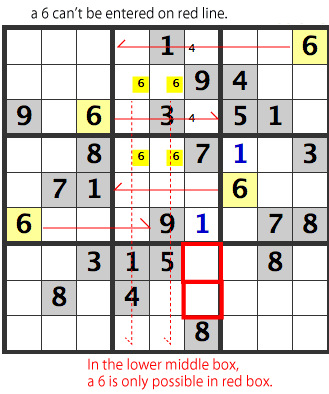 Hence, in the lower middle box, a 6 is only possible in column 6.
As you can see, this is a technique of slowly narrowing down the candidate numbers.